·        And unearths truths, to include cover-ups, conspiracies, and countless lies;

·        You gain insight by becoming aware of a multitude of lessons-learned; 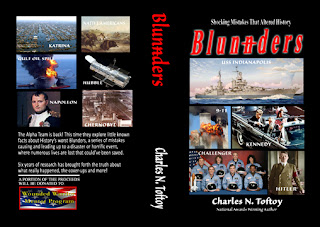 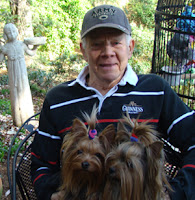 His Doctorate is in Strategic Planning and he was awarded an MBA from Tulane University, received his BS in Engineering from West Point.

In the Corporate world he served as a General Manager for Raytheon Service Company, Director of Marketing for Lear Siegler, Inc., President of PATCH Associates, and others.

At George Washington University, Charles Toftoy was the Director of the Entrepreneurial Small Business Program. He taught at the undergraduate and graduate level in The Business School. This included the Executive MBA Program. Retired as a professor emeritus in 2007. Toftoy has provided hands-on management assistance to over 1,500 small-medium sized enterprises in the Greater Washington, D.C. area. He has conducted global programs for business people in Eastern Europe, South America, and other developing countries. He authored a business book about CEO Strategy.

Dr. Toftoy has written numerous articles, presenting them formally at conferences in the United States and globally (such as: Russia, Mexico, Argentina, Brazil, Puerto Rico). He appeared on many TV and radio shows and was heard on Voice of America throughout 32 countries. He ran the Boston Marathon, competed in triathlons for ten years, and still competes in the Senior Olympics at the state and national levels. Toftoy serves on several Board of Directors, such as the Restaurant Association of Metro Washington. He advises several local companies on business strategy. He has written three novels (two mystery/thrillers and a self-help motivational book). All novels have received national awards.

More Press Release News.....
“Eyes of Cold Case Killers” by Charles Toftoy highlights the various skills and techniques that are important when solving cases in a fictional and entertaining setting

ARLINGTON, Va. – Charles Toftoy takes readers on an exciting adventure of murder, crime and much more in his novel “Eyes of Cold Case Killers” (ISBN 1461010136). He uses up-to-date police language and techniques to make his book more realistic and believable.

A follow-up to his novel “It’s in the Eyes,” Toftoy brings back characters for a second go-round in his psychological thriller that leaves readers wanting more. Lars Neilsen, a professor and sleuth, and his highly specialized Alpha Team are together again to assist local police with murder cases in the nation’s capital.

Toftoy educates readers on the details that go into solving police cases and, more specifically, the effects they can have on the families of the victims. He also highlights the tireless efforts of the detectives who work the cases, as they often go unnoticed or unappreciated in real life.

“My book is dedicated to police officers who have died in action and to cold case detectives for their unwavering devotion,” Toftoy says. “They never give up, so I have a lot of respect for those men and women. My book is very unique and timely, as cold cases are a top priority nationwide today.”

A portion of the proceeds received from “Eyes of Cold Case Killers” will be donated to Heroes, Inc., an organization dedicated to assisting families of law enforcement officers and firefighters who have died in the line of duty in the Washington metro area.

“Eyes of Cold Case Killers” is available for sale online at Amazon.com and other channels.

About the Author:
Charles Toftoy is a highly decorated Vietnam veteran who served in the U.S. Army before working in the corporate and academic worlds. Toftoy received his bachelor’s from West Point and his master’s from Tulane University and has a doctorate in business administration. He taught for the school of business at George Washington University for 17 years and is now a retired professor emeritus. Toftoy is married with two children and two Yorkshire terriers.

REVIEW COPIES AND INTERVIEWS AVAILABLE
**** This press release is from the publisher, CreateSpace.