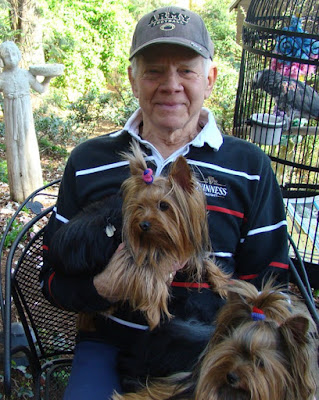 His Doctorate is in Strategic Planning and he was awarded an MBA from Tulane University, received his BS in Engineering from West Point.

In the Corporate world he served as a General Manager for Raytheon Service Company, Director of Marketing for Lear Siegler, Inc., President of PATCH Associates, and others.

At George Washington University, Charles Toftoy was the Director of the Entrepreneurial Small Business Program. He taught at the undergraduate and graduate level in The Business School. This included the Executive MBA Program. Retired as a professor emeritus in 2007. Toftoy has provided hands-on management assistance to over 1,500 small-medium sized enterprises in the Greater Washington, D.C. area. He has conducted global programs for business people in Eastern Europe, South America, and other developing countries. He authored a business book about CEO Strategy.

Dr. Toftoy has written numerous articles, presenting them formally at conferences in the United States and globally (such as: Russia, Mexico, Argentina, Brazil, Puerto Rico). He appeared on many TV and radio shows and was heard on Voice of America throughout 32 countries. He ran the Boston Marathon, competed in triathlons for ten years, and still competes in the Senior Olympics at the state and national levels. Toftoy serves on several Board of Directors, such as the Restaurant Association of Metro Washington.  He advises several local companies on business strategy. He has written three novels (two mystery/thrillers and a self-help motivational book). All novels have received national awards.

Email ThisBlogThis!Share to TwitterShare to FacebookShare to Pinterest
Home